I've used the following commands to get my NitroKey Pro running on Manjaro Linux.

NitroKey is an alternative for the YubiKey, which is better known, cheaper, has more functionality...BUT:
The NitroKey's hardware and firmware are open source!

I use my NitroKey mainly for pass, the "standard unix password manager", to keep my very important passwords top secret.

So I don't really use FIDO2 or other features of a YubiKey. NitroKey provides a comparison sheet for their different keys, and as you can see you have to decide between gpg or FIDO2. Too bad.

Last month there was a bug in libgcrypt, discovered by Project Zero.

golem.de said the main developer, Werner Koch, reacted in an unprofessional way to the suggestion to introduce a CI.
My opinion: They (the ticket author Hanno and Werner Koch) seem to know each other and I don't give too much about decency. Nobody was hurt.

It's further about the lacking code quality of gpg. The only alternative mentioned is RNP.

However, gpg is the only OpenPGP implementation I know of which supports smartcards. It might be of poor code quality, it might be missing a CI. While I usually insist on good test coverage and everything automated, I don't really have a choice here. Beside, I can't really judge gpg about those things, because I haven't taken a closer look.
So for me, I will continue using it.

If anybody knows any alternative which works with smartcards, please let me know.

I've ordered my NitroKey bundled with a tiny USB-A to -C adapter. 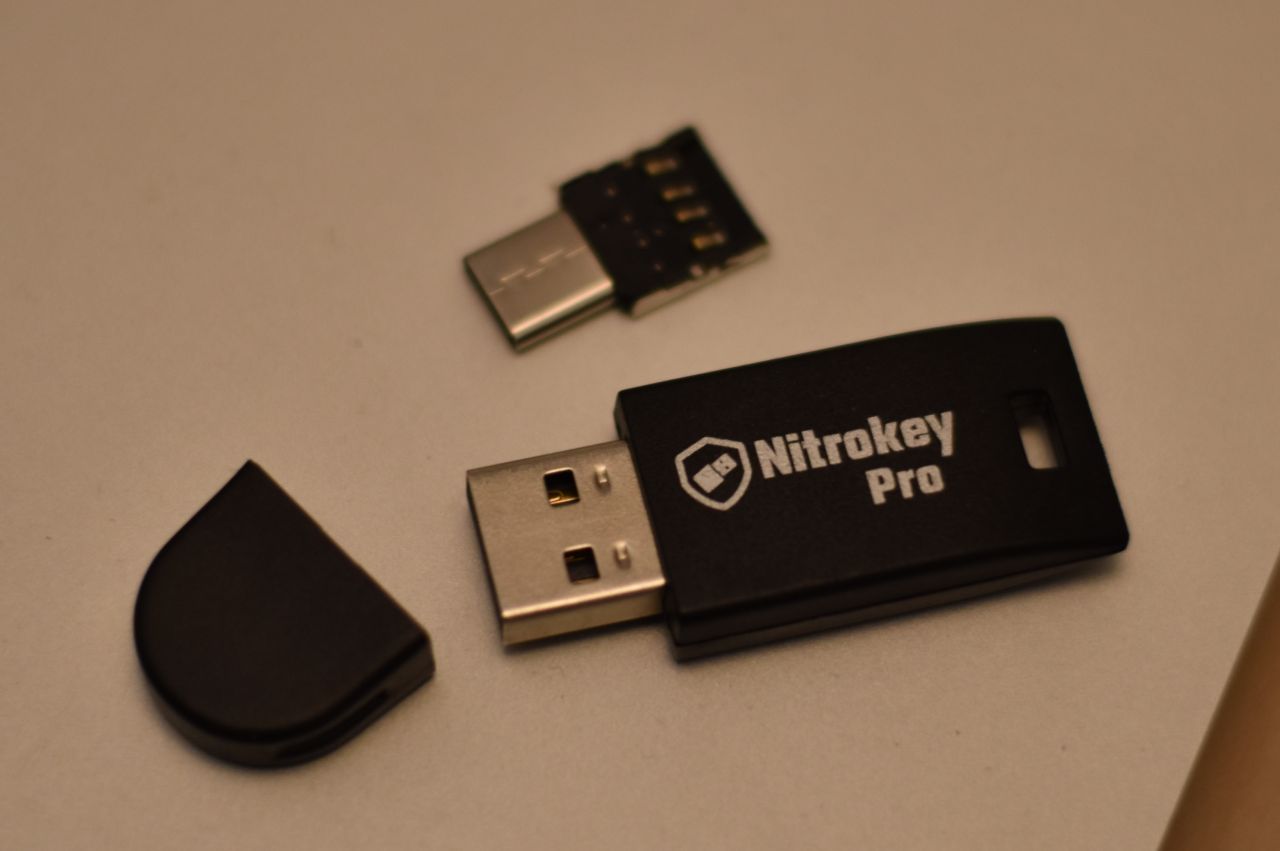 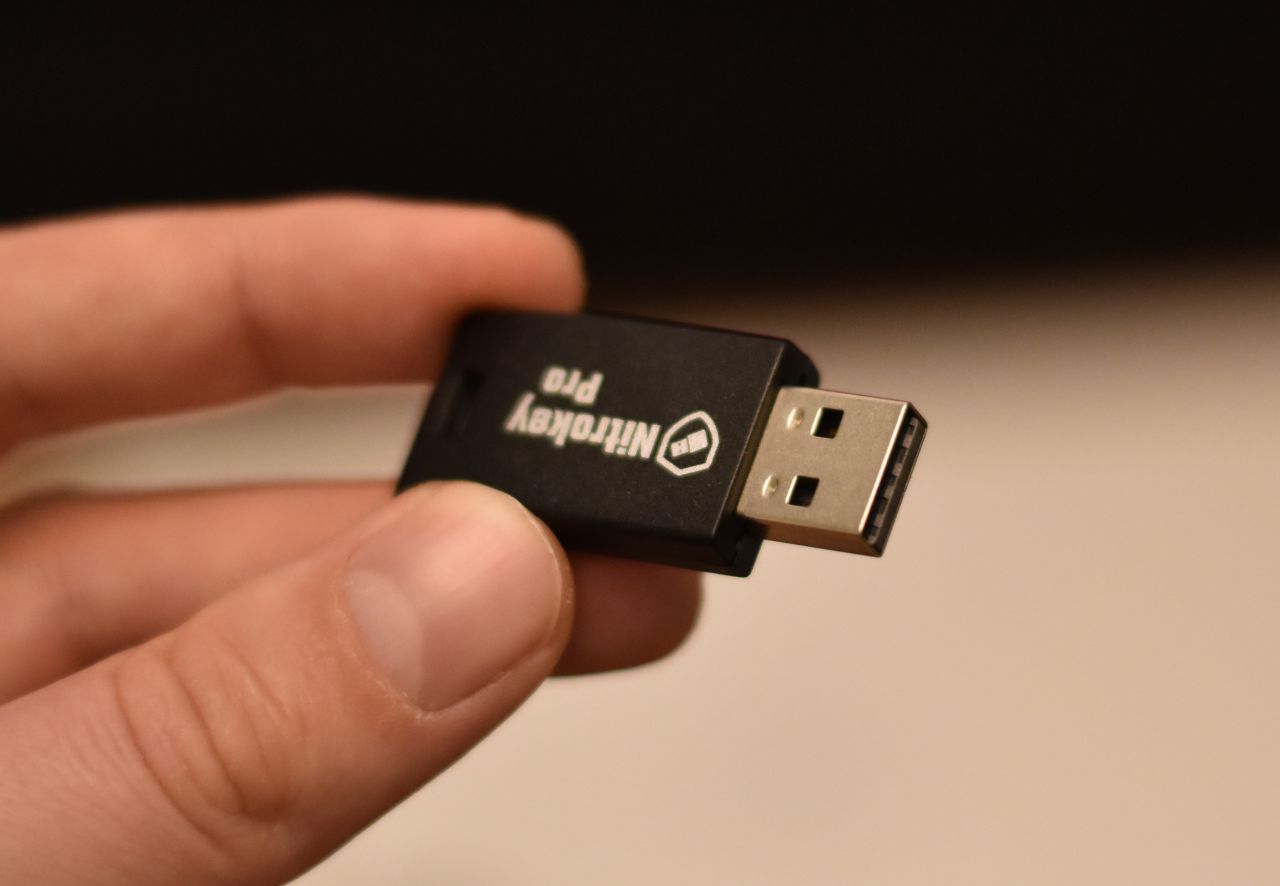 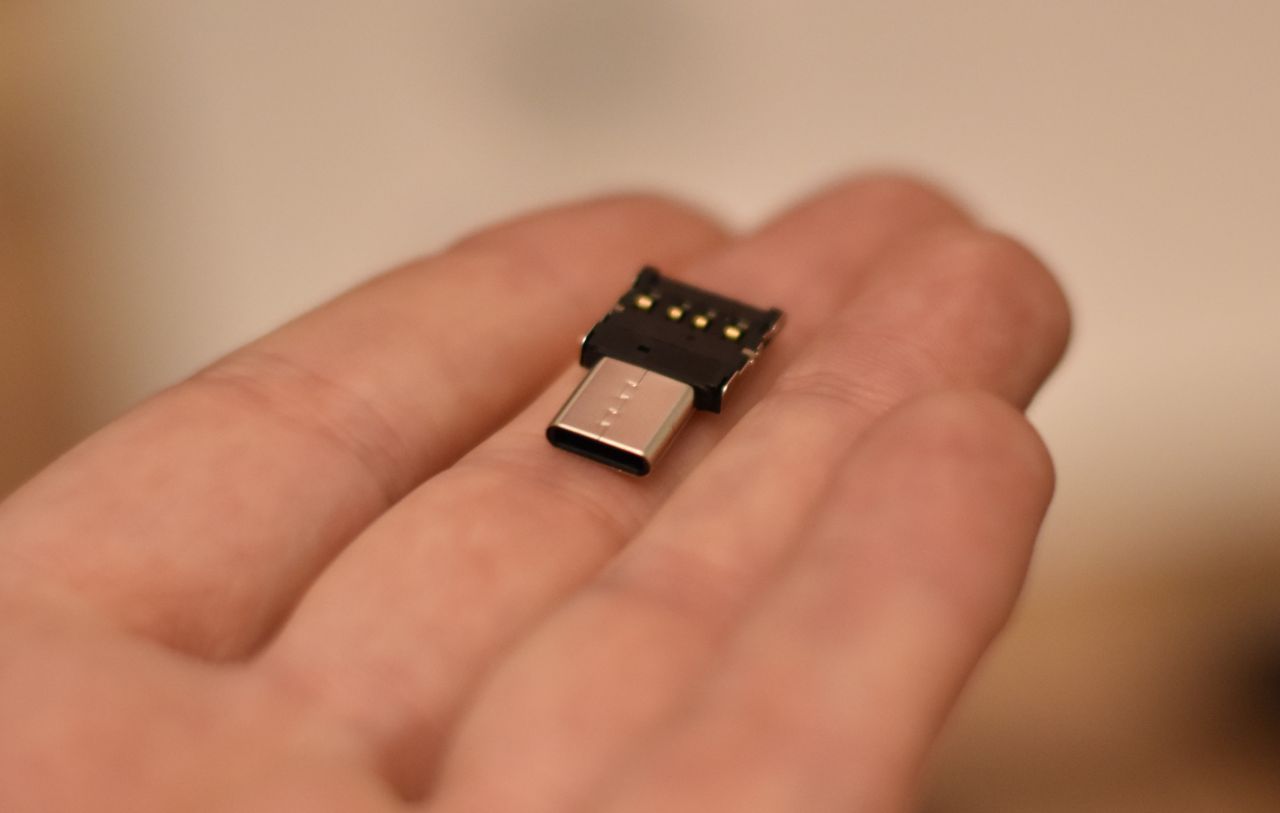 ..as described in the official documentation.
Here is a mirror of that file.

Restart, and gpg --card-status should return something similar to this:

Let's assume you have both, the public and secret key, in your local gpg ring. No NitroKey in play, yet.

Here are some basic commands to encrypt and decrypt a file with your key.

5. Move the secret key to the NitroKey

It will show you some info, then type the keytocard command to transfer the key to the NitroKey. I had to enter the admin PIN twice (default: 12345678). After this, type quit and confirm.

After this, the gpg --list-secret-keys command should show some output like this:

As you can see, the Kartenseriennr (english: card serial number) is shown. That means the reference to the NitroKey was successfully installed. Good work.

Try to run the decryption command from above again. It should now ask you for your PIN (default: 123456), and the NitroKey is queried by gpg.

6. On a different computer

On a new computer, run gpg --card-edit, then enter fetch and quit to import the reference to the secret key on the NitroKey.

Note: The public key must be known to gpg at this point. It is not possible to just import the public key from the NitroKey itself, because some information is missing.

If your public key is not on some server, please see the steps below how to export your key. Afterwards, you can run gpg --import file.

I've bought the new Nitrokey with USB-C port in March 2021, and it arrived in November 2021. However, since then I never really used it, because I was waiting for the promised OpenGPG support. When I ordered Nitrokey already said they are still working on that feature. Then, they had other problems, like supply-chain issues and re-writing the firmware for a different chip (not 100% sure about it, but something like that).

Months passed by and I almost gave up on any update regarding this issue. But today (2022-12-18), I found some updates in their blog:

Also, in December 2022 they added RSA support to the alpha firmware. Keys are not yet stored in the secure element ("cryptographic keys are still stored unencrypted in the microprocessor"), which is a bummer, but well, there is progress.

I still criticize there is no status page on their website to track the progress, so I follow this issue and this issue on GitHub.

I've scraped these sites during my setup: