My second PC, and the one I've spent most time with, was a Highscreen 386.

For nostalgia, I've decided to buy almost the exact model I had owned back then. Despite being a popular model, it was not that easy to find a functional computer together with it's original monitor, keyboard and mouse on the internet.

That's why it cost me quite some time to find it on eBay and 386 Euro. 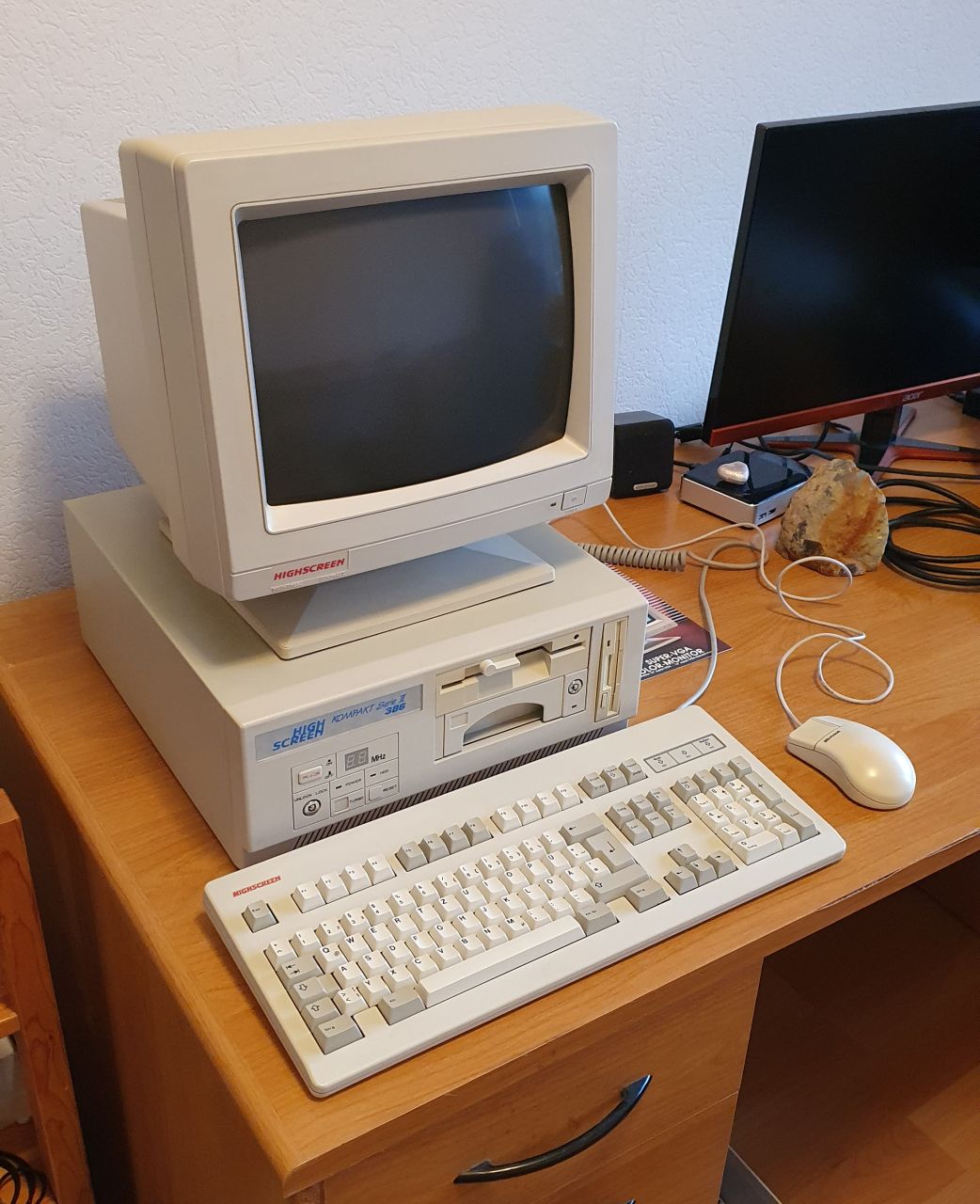 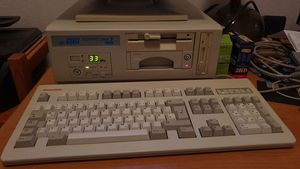 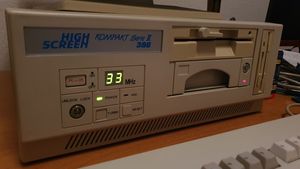 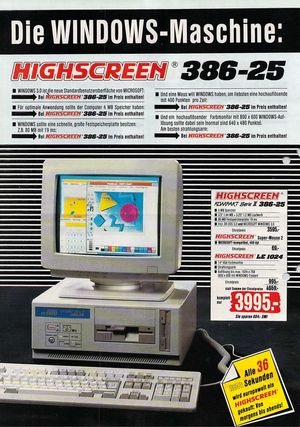 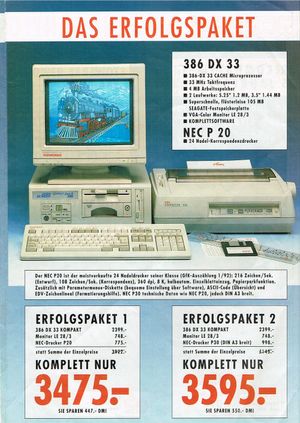 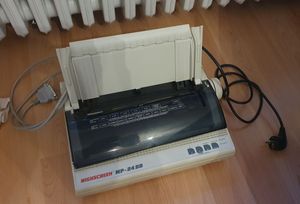 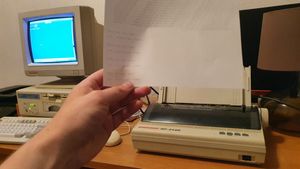 The icing on the cake was the Highscreen Grey Scan 64 handset scanner (10 Euro), together with the original packaging and the ISA bus card.

In order to transfer files to my "new" PC I use a USB floppy drive (15 Euro) and a bunch of floppy disks (about 1 Euro per piece, brand new and shrink-wrapped). 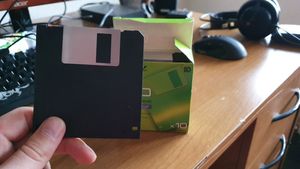 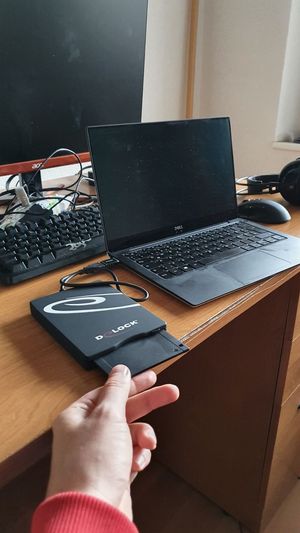 Nice: I didn't have to install any driver or configure anything to use the USB floppy drive. The disks were pre-formatted and ready to use. The file system was recognized on both computers out-of-the-box.

After using the USB floppy drive for some time, I've noticed some file transfers were corrupt. After blaming the first and second floppy disk to be faulty, I realized I've misused the drive on my linux PC. I've copied the files over using the file manager Thunar and just removed the disk after the usage LED didn't show light anymore. This was bad, because I had not unmounted the floppy properly. A bit strange: For memory sticks and external HDDs Thunar offers a button for unmounting. For the external USB drive it does not.

The faulty floppies couldn't even be formatted on the original 386 anymore. I was able to bring them back to life by low-level formatting them on linux via ufiformat. Phew.

I've continued to do the mounting and unmounting manually on the command line, instead of using Thunar. I didn't have another faulty floppy disk since then. 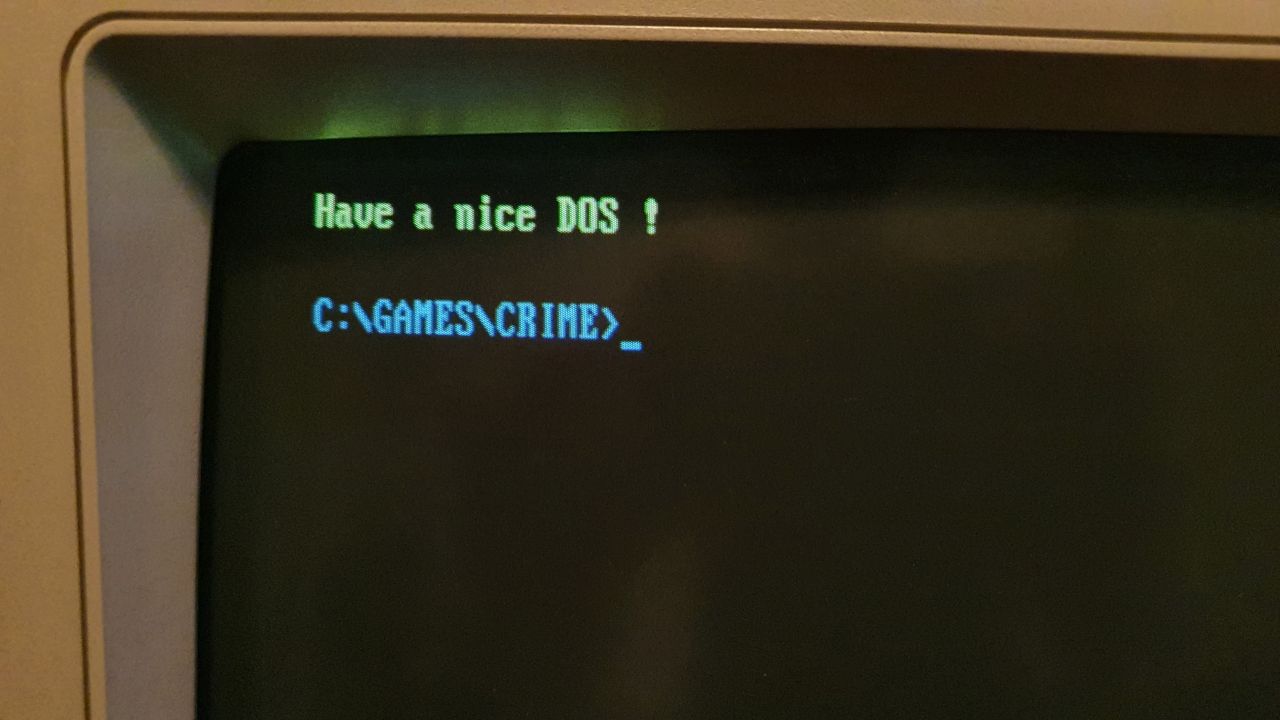 I love the sounds it makes:

Due to the lack of a sound card as a kid, I've discovered the tracker softwares way later, but I'm in love with the looks of the tools. 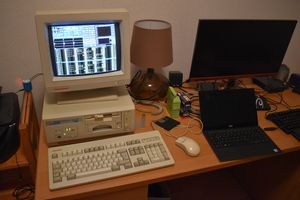 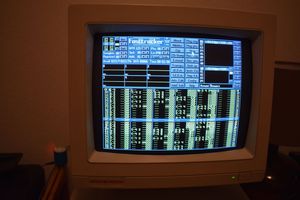 I've owned a lot of sharewares back then, where you could play parts of the game.

It was quite challenging to find original floppy disk images on the internet for my favorite software.

Sometimes I found a download with a 8 MB zip file. Well. How am I supposed to pack it onto 1.44 MB floppy disks? 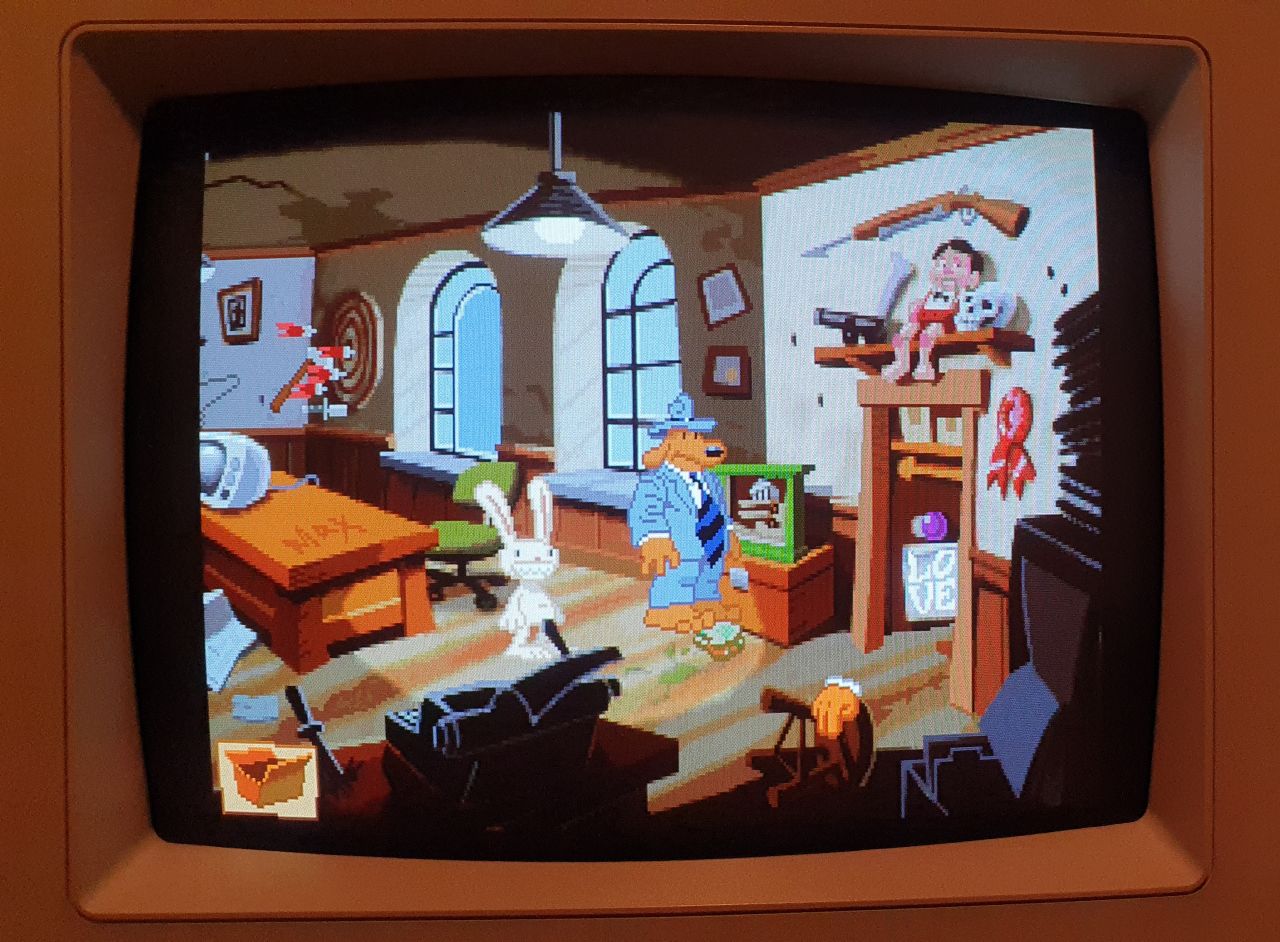 To my surprise, GW-BASIC was not part of the MS-DOS 5.0 which was installed on the machine. After some research I realized QBasic replaced GW-BASIC in newer DOS versions.

I've made my first steps in software development with GW-BASIC and a book from the public library. The most interesting books in the whole library were the ones with floppy disks inside! (Some even had a CD, but I had no computer to use them with yet.)

I've spent lots of hours learning by those books. And looking back, it was very different to today: No internet, no googling, no stackoverflow. I had a book or two and the manpages (aka Help) from the programs. And it was a great feeling of success when I've learned some new command.

But some things in the process are still the same: Learning from my own mistakes, logical problem solving, getting aware of when the program is getting too complex.

One note on Turbo Pascal: The images I've found on the internet were for 720 KB floppy disks, but my floppy disks have 1.44 MB. I've mounted the disk images on linux and manually copied the files over to the disk. 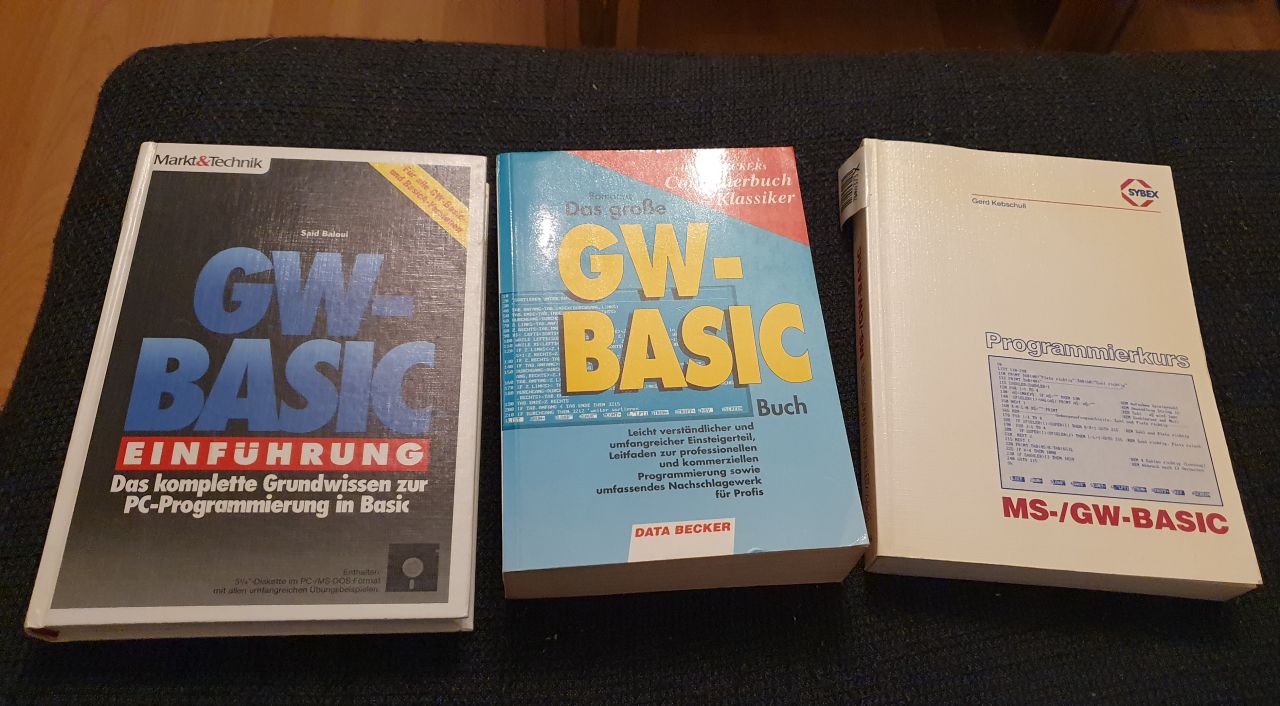 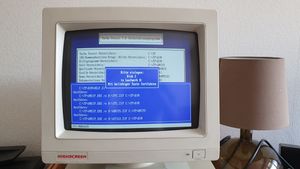 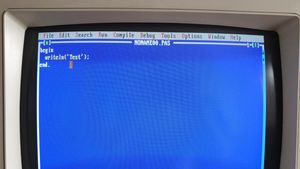 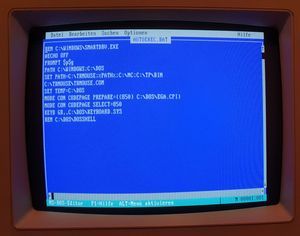 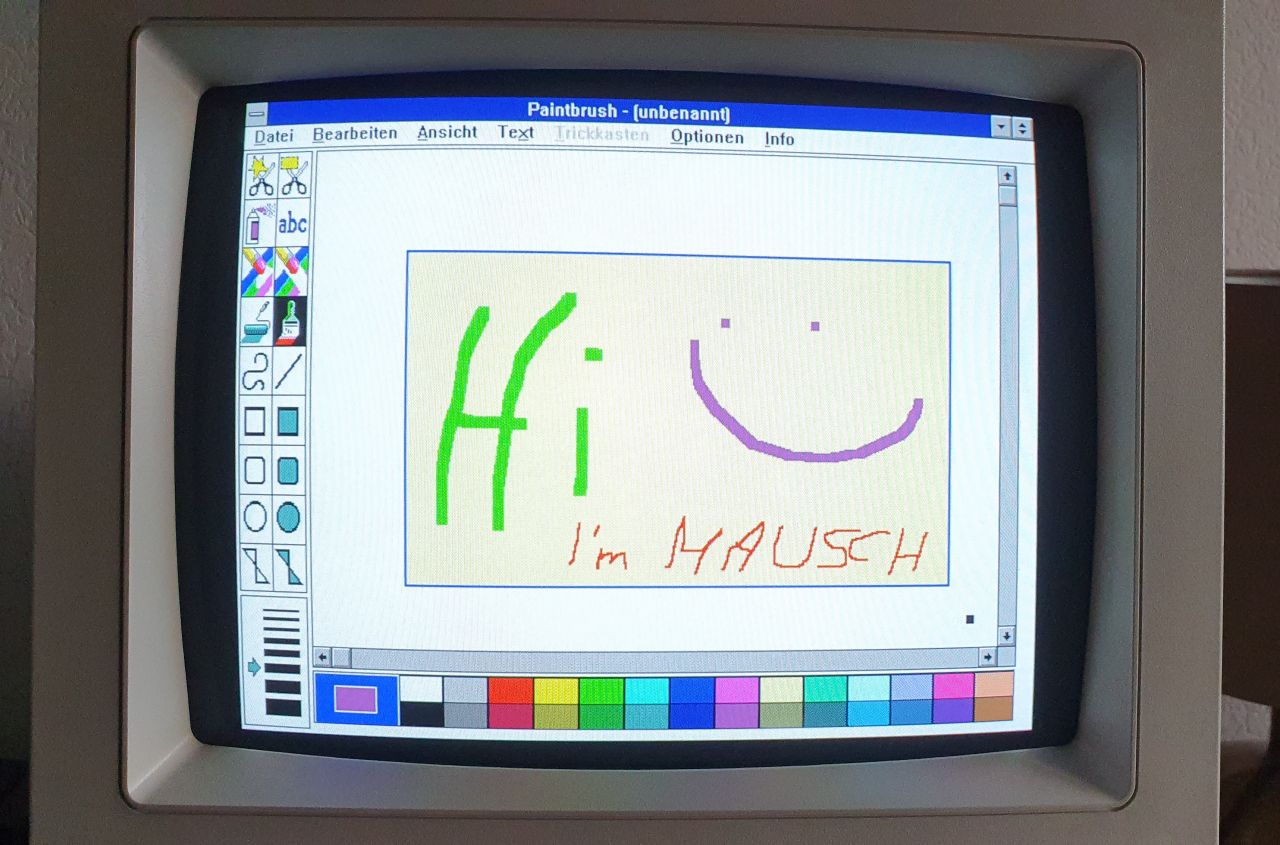 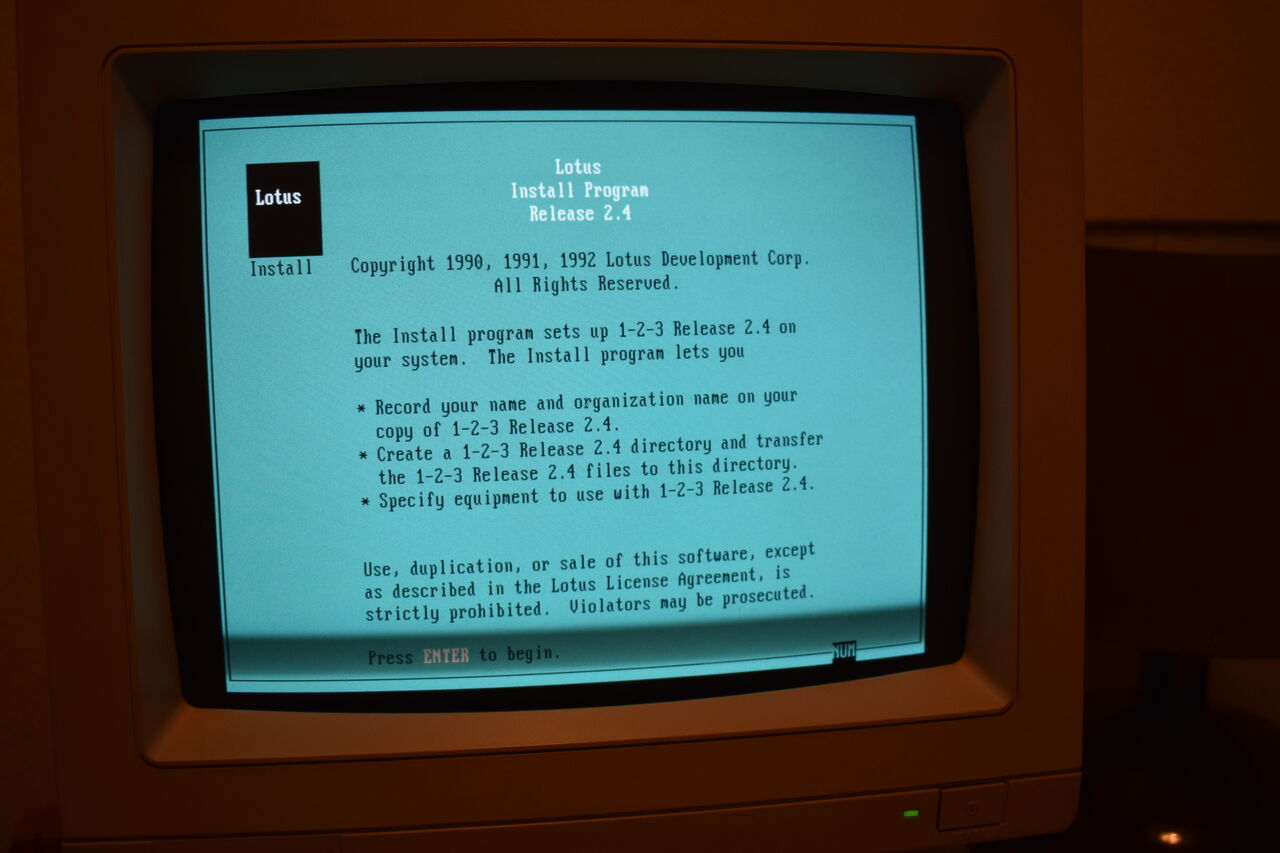