I'm currently on a project to build a micro-frontend. Cool!

So today we found that dropdowns (el-select) won't work properly due to a bug. The dropdown popup (implemented using popper.js) is positioned incorrectly and we see erros in the browser console.

After some investigation we found this!

Right, somebody decided it's a good idea to just c/p the source of popper.js into the element-ui repo, instead of just making it a dependency (like any good citizen would).

No chance to overwrite the version in the package-lock.json because of this inlined dependency.

Element has nearly 44k stars on github btw. How.

Now the last time this "dependency" has been updated is almost exactly two years ago: Feb 2018.

Back then popper.js had issues dealing with shadow dom correctly. These have been fixed long ago. But not in element-ui.

Four days ago, somebody else apparently noticed it. 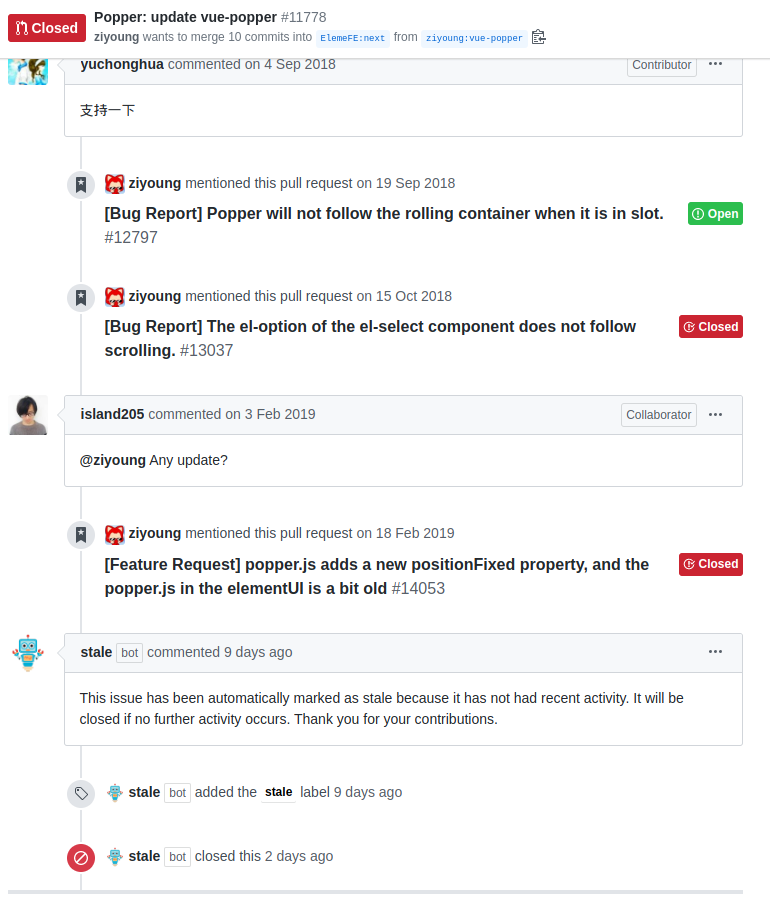