I tried to undervolt my notebook already some months ago, and found mihic/linux-intel-undervolt. However, I didn't get it to work because I didn't know what I was doing and rdmsr 0x150 always returned 0 for me, even after sudo modprobe msr. I think my mistake was to not execute it on every single core.

But today, I found this georgewhewell/undervolt. A small python script which does all the complicated work. According to the internet most Intel CPUs can be undervolted easily by 100 mV. While this doesn't sound like much, it's almost a 10% cut of the default 1.2 V.

I've executed stress --cpu 8 and temperates dropped from 97 degrees to 83, and power consumption from 60 W to 48 W. This is quite significant. 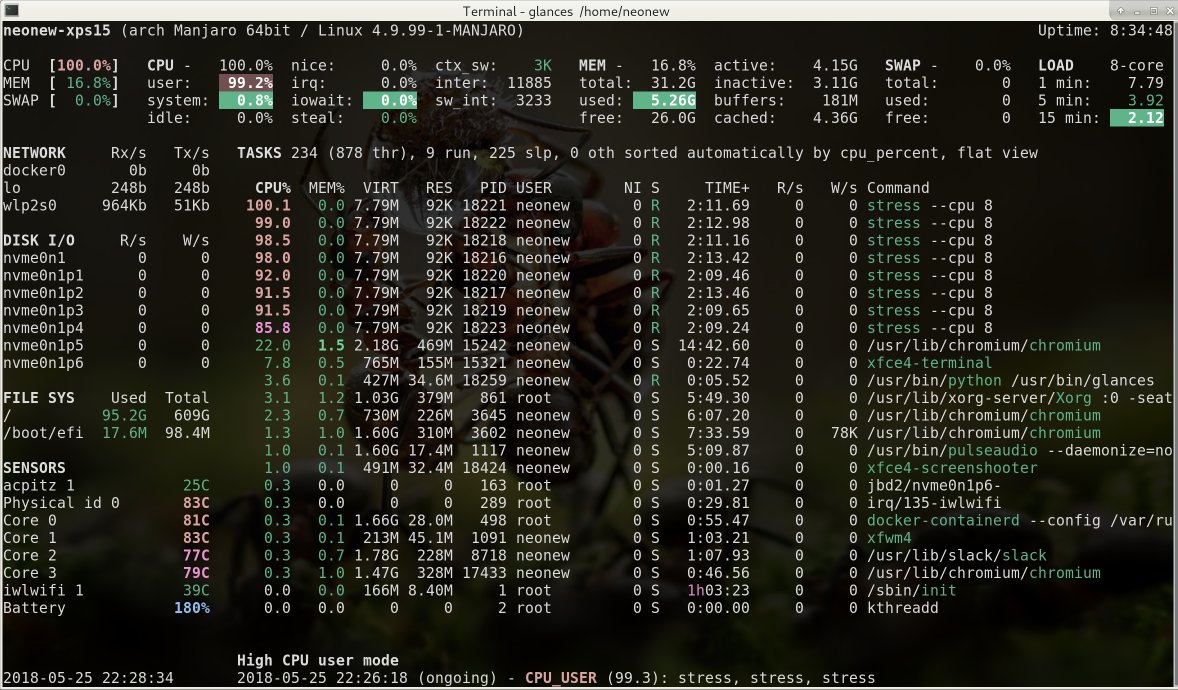 (The tool shown here is glances, a great alternative to top)

For throttling, for the newer XPS this YouTube video shows you can get ~12% better performance with undervolting, because the CPU doesn't need to reduce it's frequency due to hitting the temperature limit.

Update: I've got myself a XPS 13 9370, and in order to do the same procedure there I've googled this topic again. The ArchWiki refers to lenovo-throttling-fix, which works also on different kind of laptops. It's super easy to set up, and also provides an easy way to undervolt. It also cares about settings the registers again after reboot and sleep.

All I did was installation (yay and systemctl) and changing the UNDERVOLT section in /etc/lenovo_fix.conf according to the readme. I've double-checked via sudo undervolt --read and boom it worked out-of-the-box.