I did some investigations into Mesh Networks few weeks ago, in which I set up an Ad-Hoc WiFi network on my Samsung S4 phone.
However, I used CyanogenMod 11, which is a little outdated.

I've received an e-mail from Andrew Hunter andrew.hunter@utexas.edu from Texas, who tried to run an Ad-Hoc network on the current LineageOS, 14.1.

For some reason, CyanogenMod decided to drop support for Ad-Hoc, so the current LineageOS doesn't have it.
In fact, you won't be even able to see Ad-Hoc networks on the network list. They are filtered out.

So he tried to establish a connection by directly calling the Linux command in the adb shell ($SSID can be TestAdHoc and $FREQ 2412 for example):

However, this results in an error message:

For some reason we need a special firmware for the WiFi chip.

Andrew had this problem and asked me if I knew any details on how to fix it.
Well, I didn't. But after several trials and errors he made great progress and got it running!

Luckily, the IBSS firmware is part of the LineageOS image and already on the phone. In order to load it, open up a shell on your rooted phone:

Now open the network view on the phone and disable WiFi.

The new WiFi with the SSID should now show up on other devices when you scan for open networks.

Thank you Andrew for the work you put into this and for sharing the knowledge!

thinktube.com created patches for CM 11 and 12. These patches included a GUI to select/create a WiFi Ad-Hoc network, but also patched the bcmdhd driver. Please check their page here for details:

It would also be very interesting to know the reasons for the dropped support of Ad-Hoc in newer versions of CyanogenMod/LineageOS. Most likely, thinktube.com just didn't provide patches. 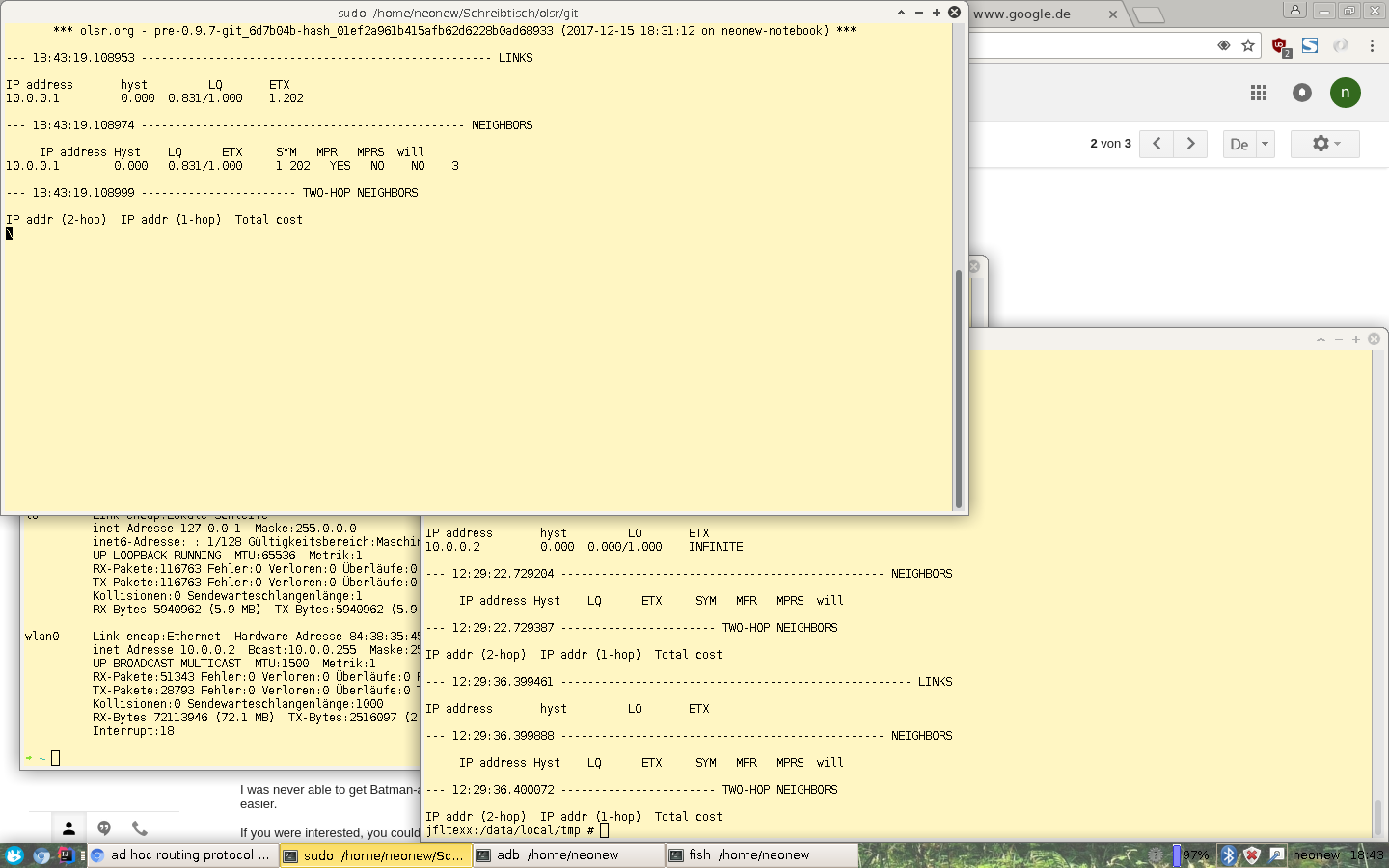